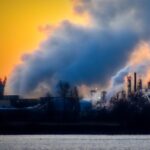 This editorial references the short video The Difference Between Global Warming & Climate Change. For perspective, you may wish to watch the video before reading the editorial.

Wow! The referenced Discovery Channel Network video provided a great explanation of the differences between and perceptions of “global warming” versus “climate change” right up to the moment when I heard the word “Republicans” uttered. Then I heard it again. I wanted to hear Democrats mentioned to make this a balanced explanation, but that mention was nowhere to be found. Interestingly, what I did hear was a direct comparison between scientists and Republicans, as though scientists now represent an opposing political party (inference: all scientists are Democrats, ergo all Republicans are non-scientists). This is how the media distorts and politicizes reporting. Seems to me that the entire global warming agenda (not a debate, as any legitimate criticism is roundly mocked and ridiculed by both political camps) has been pushed by the Dems and environmentalists, heralded by Mr. Al Gore (who has grown incredibly rich as a result) for what seem to me (as a conservative, Independent voter and former meteorologist) to be largely political ends. Now, “warmists” and “climate deniers” alike do little more than hurl barbs and insults at one another, with the former intimating that the science is fully resolved, there is virtually 100% consensus that the planet is in imminent peril, and action must be taken — action that is politically defined, not that which is based upon true, unbiased science. Meanwhile, the public is caught in the crossfire, used as cannon fodder by each side in the never-ending quest for political power.

“Climate change” is an ambiguity; perhaps that is why there is public ambivalence toward it.

Earth’s climate is always changing, as is the weather, but climate is modified on time and distance scales far beyond those of local weather patterns or even human lifetimes. There is far more that atmospheric scientists do not know about climate than that which they have already discovered; the research is ongoing. Climate models, while steadily improving, are far from perfect, and can only be as accurate as the inputs (actual data and its resolution), parameters (types of data used), programming (mathematical equations and their coding) and assumptions (necessary when a system’s scope is not fully known or understood) with which they are constructed and executed.

“Global warming,” like the Internet, was not invented by Mr. Gore, but has been exploited by him to further his own pursuits. Perhaps he truly believes the planet is in immediate danger, but I believe he is simply scare mongering to win converts to the cause. It is high time that both sides of the global warming debate pause to reflect upon the incredible damage they are doing to the American people and our way of life, as well as to societies throughout the World, in the name of their own incomplete versions of reality.

The true danger to the public involves the rampant speculation that has blossomed with respect to the nature of expected changes if global warming is indeed real. Every political hack quotes their own pet scientist or research study, claiming to have the inside scoop on exactly what disastrous outcomes are in store for us if the problem is not immediately addressed in the most expensive (read as taxes, fees and regulations) manner possible. We are led to believe that every single unusual weather event is now somehow tied to the inexorable warming of the planet, and that these events are inevitably to become more and more frequent unless we all sacrifice mightily to curb our greenhouse gas emissions. Meanwhile, the nations of China and India, known to be the world’s largest polluters, continue to expand their industrial base with little thought given to global warming (though China is now taking some minimal steps to curb air pollution due to the tremendous health risk extant within its major cities) and with little outcry from those same politicos who call for our sacrifice. Does anyone see the hypocrisy here?

I personally believe that global warming is occurring. My belief is based upon specific observations, such as rapidly retreating mountain glaciers, the calving Antarctic ice sheet and melting permafrost. However, basing my belief on observation does not in any way make it a fact. Mr. Joe Bastardi (Chief Forecaster, WeatherBell Analytics, LLC) argues that climate behavior is cyclical and that heating and cooling of the atmosphere and oceans occur naturally over decades. The reality of whether our planet’s atmosphere and oceans are permanently warming must be based upon the largest possible body of evidence and theory. All theories must be taken into account — especially those that appear to fly in the face of conventional wisdom — so that they can be fully vetted and either confirmed or repudiated. The history of science abounds with ideas scorned and ridiculed by researchers’ peers, only to be embraced at a later date as widely-held doctrine. Scientists need to remember that the true pursuit of science is unbiased, with the path of discovery leading to conclusions that may or may not validate the arguments of the pursuer.

There are many potential causes that may lead to the warming or cooling of our planet, each possessing greater or lesser permanency in their lasting responses and greater or lesser magnitude in their overall effects on the oceans, the atmosphere and the environment. Furthermore, systems and actions upon systems can combine in unforeseen ways, leading to unanticipated and often unpredictable consequences. Mankind is assuredly one of these causes, as we are modifying ecosystems in ways not possible for any other species. Yet, this ability to sculpt our environment and alter our habitat does not conclusively demonstrate mankind’s sole responsibility for a planetary-scale warming; likewise, arguments that the sun’s radiant energy output may be in flux or that climate is cyclical does not exonerate us from playing any role whatsoever.

We need to know more — much more — and our global satellite monitoring systems are beginning to provide some of the answers at levels previously unimaginable. They reveal the planet as a living organism with widely diverse and incredible interactions at a multitude of levels. Yet there is no Gaia — no intelligence behind these natural processes. Mother Earth is a rocky ball with a molten core upon which has evolved an incredible diversity of life. The phrase, “Earth is in peril,” is inaccurate; the planet will always “repair” itself, absorbing any indignities Man may inflict upon it, though the time scale upon which it does so may far exceed our own. The biosphere, on the other hand, is suffering measurable contamination and damage — not just from perceived warming, but from pollution and alterations in land use (destruction of habitat). The latter two are within humanity’s immediate ability to control, and we should exercise our responsibility in doing so.

Finally, if global warming is real and is man-made, are we so arrogant as to believe that we can correct a process within a decade or two that has been evolving over hundreds of years? Furthermore, are we to do so at any cost? The answer to the latter question is clearly, “No.” If our concern is with the impact to our way of life (which is what the scare tactics regarding climate change emphasize), then solutions to environmental impacts must be found which minimize the effect on that way of life while maximizing the benefit to the environment. Solutions to a concept so profound as the heating of the atmosphere of our planet must also be reversible — just in case our premise is wrong or other mitigating factors (such as a very large volcanic eruption) come into play.

The real information regarding whether Earth’s atmosphere and oceans are warming is fragmented, contradictory, and unavailable to the public except through the filters of scientific mystique, news media bias and political distortion. It is time for climate scientists to set aside their personal feelings regarding climate change, reevaluate both their data and their conclusions, and engage in an interdisciplinary (atmospheric and environmental sciences, biology, geology and geophysics, oceanography, solar physics) exchange of information and ideas that will ultimately lead to a true, not a politically-induced, consensus as to what factors may contribute to climate change; to what degree each factor might contribute; in what ways climate change might manifest itself; and what solutions we can employ to both mitigate and survive the effects climate change might ultimately impose upon our environment and society. It is time for the politicians to shut up, get out of the way, and let the scientists do their work.

Posted in Blog | Comments Off on Global Warming, Climate Change and Political Bias